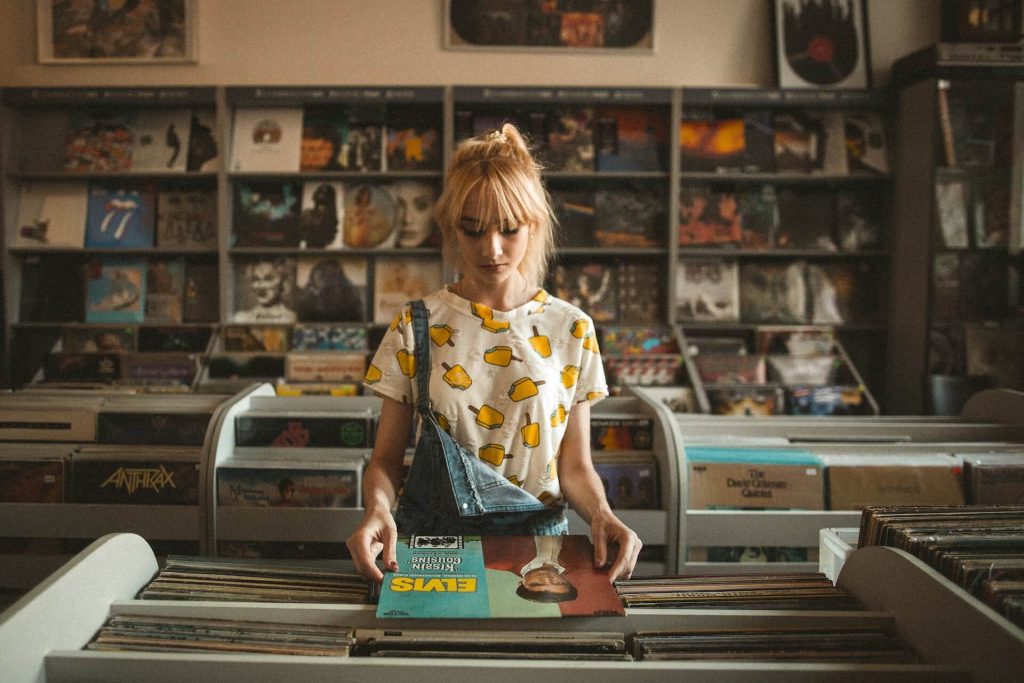 Mysteries About Basic Cognition Of A Song

Have you ever been waiting in line at the grocery store, innocently perusing the magazine rack, when a song pops into your head?

Not the whole song, but a fragment of it that plays and replays until you find yourself unloading the vegetables in time to the beat.

You’ve been struck by an earworm, and you’re not alone. Over 90% of people are plagued by earworms at least once a week, and about a quarter of people experience them several times a day. They tend to burrow in during tasks that don’t require much attention, say, when waiting on water to boil or a traffic light to change.

This phenomenon is one of the mind’s great mysteries. Scientists don’t know exactly why it’s so easy for tunes to get stuck in our heads. From a psychological perspective, earworms are an example of mental imagery.

This imagery can be visual, like when you close your eyes
and imagine a red wagon, or it can be auditory, like when you imagine the sound of a baby screaming, or oil sizzling in a pan. Earworms are a special form
of auditory imagery because they’re involuntary. You don’t plug your ears
and try to imagine “Who Let the Dogs Out,” or, well, you probably don’t.

It just intrudes onto your mental soundscape and hangs around
like an unwanted house guest. Earworms tend to be quite vivid and they’re normally made up of a tune, rather than, say, harmonies. A remarkable feature of earworms is their tendency to get stuck in a loop, repeating again and again
for minutes or hours.

Also remarkable is the role of repetition in sparking earworms. Songs tend to get stuck when we listen to them recently and repeatedly.

If repetition is such a trigger, then perhaps we can blame our earworms
on modern technology. The last hundred years have seen an incredible proliferation of devices that help you listen to the same thing again and again. Records, cassettes, CDs, or streamed audio files.

Have these technologies bread some kind of unique, contemporary experience, and are earworms just a product of the late 20th century?

The answer comes from an unlikely source:

Mark Twain. In 1876, just one year before the phonograph was invented, he wrote a short story imagining a sinister takeover of an entire town by a rhyming jingle. This reference, and others, show us that earworms seem to be a basic psychological phenomenon, perhaps exacerbated by recording technology but not new to this century.

So yes, every great historical figure, from Shakespeare to Sacajawea, may well have wandered around with a song stuck in their head. Besides music, it’s hard to think of another case of intrusive imagery that’s so widespread.

Why don’t watercolors get stuck in our heads?

Or the taste of cheesy taquitos?

One theory has to do with the way music is represented in memory. When we listen to a song we know, we’re constantly hearing forward in time, anticipating the next note. It’s hard for us to think about one particular musical moment in isolation.

If we want to think about the pitch of the word “you” in “Happy Birthday,” we have to start back at “Happy,” and sing through until we get to “you.”

In this way, a tune is sort of like a habit. Just like once you start tying your shoe, you’re on automatic until you tighten the bow, once a tune is suggested because, for example, someone says, “my umbrella,” we have to play through until it reaches a natural stopping point, “ella, ella, ella.”

But this is largely speculation. The basic fact remains we don’t know exactly why we’re susceptible to earworms. But understanding them better could give us important clues to the workings of the human brain.

Maybe the next time we’re plagued by a Taylor Swift tune that just won’t go away, we’ll use it as the starting point for a scientific odyssey that will unlock important mysteries about basic cognition.

And if not, well, we can just shake it off.

What do you think about basic cognition?

Who Invented Karaoke? American, Japanese or Filipino?
Mozart’s Magical Flute
How Does Guitar Works?
What Is Squillo In Classical Singing?
Music Is A Language Too
Why Do Birds Sing?
Music And Creativity In Ancient Times
Type Of Rhythm That You Can See
Extreme Noise Can Damage Our Ear?
How Does Music Works?
Menu