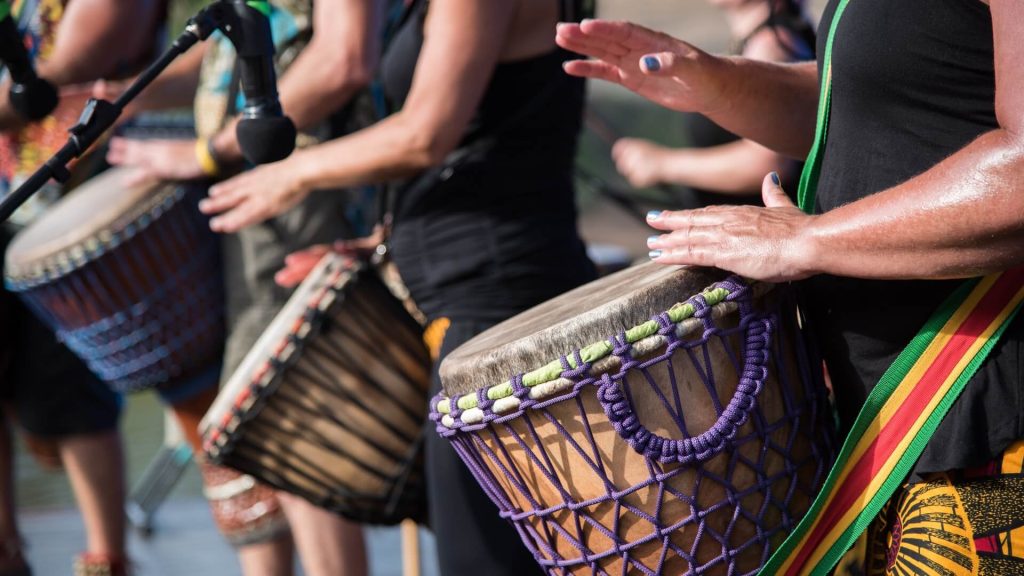 Type Of Rhythm That You Can See

We usually think of rhythm as an element of music, but it’s actually found everywhere in the world around us, from the ocean tides to our own heartbeats, rhythm is essentially an event repeating regularly over time.

Even the ticking of a clock itself is a sort of rhythm. But for musical rhythm, a steady string of repeating single beats is not enough.

For that, we need at least one opposing beat with a different sound, which can be the unstressed off beat or the accented back beat. There are several ways to make
these beats distinct, whether by using high and low drums, or long and short beats.

Which ends up being heard as the main beat is not a precise rule, but like the famous Rubin’s vase, can be reversed depending on cultural perception.

In standard notation, rhythm is indicated on a musical bar line, but there are other ways. Remember that ticking clock? Just as its round face can trace the linear passage of time, the flow of rhythm can be traced in a circle.

The continuity of a wheel can be a more intuitive way to visualize rhythm than a linear score that requires moving back and forth along the page.

We can mark the beats at different positions around the circle using blue dots for main beats, orange ones for off beats, and white dots for secondary beats.

And the spaces between each beat can be divided into further sub-beats using multiples of either two or three. Layering multiple patterns using concentric wheels lets us create more complex rhythms.

For example, we can combine a basic two beat rhythm with off beats to get a four beat system.

This is the recognizable backbone of many genres popular around the world, from rock, country, and jazz, to reggae and cumbia. Or we can combine a two beat rhythm with a three beat one.

Eliminating the extra main beat and rotating the inner wheel leaves us with a rhythm whose underlying feel is three-four.

This is the basis of the music of Whirling Dervishes, as well as a broad range of Latin American rhythms, such as Joropo, and even Bach’s famous Chaconne. Now if we remember Rubin’s vase and hear the off beats as the main beats, this will give us a six-eight feel, as found in genres such as Chacarera, and Quechua, Persian music and more.

In an eight beat system, we have three layered circles, each rhythm played by
a different instrument. We can then add an outermost layer consisting of an additive rhythmic component, reinforcing the main beat and increasing accuracy.

Now let’s remove everything except for this combined rhythm and the basic two beat on top. This rhythmic configuration is found as the Cuban cinquillo, in the Puerto Rican bomba, and in Northern Romanian music.

And rotating the outer circle 90 degrees counterclockwise gives us a pattern often found in Middle Eastern music, as well as Brazilian choro, and Argentinian tango. In all of these examples, the underlying rhythm reinforces the basic one-two, but in different ways depending on arrangement and cultural context.

So it turns out that the wheel method is more than just a nifty way of visualizing complex rhythms. By freeing us from the tyranny of the bar line, we can visualize rhythm in terms of time, and a simple turn of the wheel can take us on a musical journey around the world.

What do you think of the rhythms?

Who Invented Karaoke? American, Japanese or Filipino?
Mozart’s Magical Flute
How Does Guitar Works?
What Is Squillo In Classical Singing?
Music Is A Language Too
Why Do Birds Sing?
Mysteries About Basic Cognition Of A Song
Music And Creativity In Ancient Times
Extreme Noise Can Damage Our Ear?
How Does Music Works?
Menu