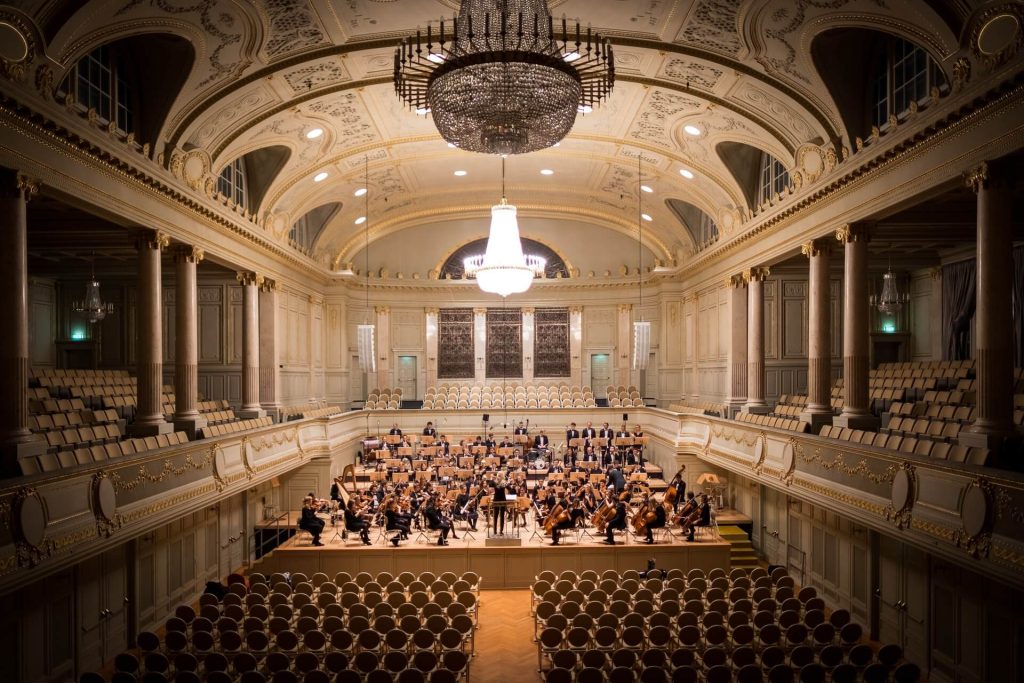 What Is Squillo In Classical Singing?

Gripped with vengeful passion, The Queen of the Night tears across the stage. She begins to sing her titular aria, one of the most famous sections from Mozart’s beloved opera,

“The Magic Flute.” The orchestra fills the hall with music, but the queen’s voice soars above the instruments.

Its melody rings out across thousands of patrons, reaching seats 40 meters away—

all without any assistance from a microphone. How is it possible that this single voice can be heard so clearly, above the strains of dozens of instruments?

The answer lies in the physics of the human voice, and the carefully honed technique of an expert opera singer. All the music in this opera house originates from the vibrations created by instruments— whether it’s the strings of a violin or the vocal folds of a performer.

These vibrations send waves into the air, which our brains interpret as sound. The frequency of these vibrations–– specifically, the number of waves per second–– is how our brains determine the pitch of a single note.

But in fact, every note we hear is actually a combination of multiple vibrations. Imagine a guitar string vibrating at its lowest frequency. This is called the fundamental, and this low pitch is what our ears mostly use to identify a note.

But this lowest vibration triggers additional frequencies called overtones, which layer on top of the fundamental. These overtones break down into specific frequencies called harmonics, or partials— and manipulating them is how opera singers work their magic.

Every note has a set of frequencies that comprise its harmonic series. The first partial vibrates at twice the frequency of the fundamental. The next partial is three times the fundamental’s frequency, and so on.

Virtually all acoustic instruments produce harmonic series, but each instrument’s shape and material changes the balance of its harmonics.

For example, a flute emphasizes the first few partials, but in a clarinet’s lowest register, the odd-numbered partials resonate most strongly.

The strength of various partials is part of what gives each instrument its unique sonic signature. It also affects an instrument’s ability to stand out in a crowd, because our ears are more strongly attuned to some frequencies than others. This is the key to an opera singer’s power of projection. An operatic soprano— the highest of the four standard voice parts— can produce notes with fundamental frequencies ranging from 250 to 1,500 vibrations per second.

Human ears are most sensitive to frequencies between 2,000 and 5,000
vibrations per second. So if the singer can bring out the partials in this range, she can target a sensory sweet spot where she’s most likely to be heard.

Higher partials are also advantageous because there’s less competition from the orchestra, whose overtones are weaker at those frequencies. The result of emphasizing these partials is a distinctive ringing timbre called a singer’s squillo.

Opera singers work for decades to create their squillo. They can produce higher frequencies by modifying the shape and tension in their vocal folds and vocal tract. And by shifting the position of their tongues and lips, they accentuate some overtones while dampening others. Singers also increase their range
of partials with vibrato— a musical effect in which a note slightly oscillates in pitch.

This creates a fuller sound that rings out over the instruments’ comparatively narrow vibratos. Once they have the right partials, they employ other techniques
to boost their volume. Singers expand their lung capacity and perfect their posture for consistent, controlled airflow. The concert hall helps as well, with rigid surfaces that reflect sound waves towards the audience. All singers take advantage of these techniques, but different vocal signatures demand different physical preparation.

A Wagnerian singer needs to build up stamina to power through the composer’s
four-hour epics. While bel canto singers require versatile vocal folds to vault through acrobatic arias. Biology also sets some limits— not every technique is feasible for every set of muscles, and voices change as singers age.

But whether in an opera hall or a shower stall, these techniques can turn un-amplified voices into thundering musical masterpieces.

Who Invented Karaoke? American, Japanese or Filipino?
Mozart’s Magical Flute
How Does Guitar Works?
Music Is A Language Too
Why Do Birds Sing?
Mysteries About Basic Cognition Of A Song
Music And Creativity In Ancient Times
Type Of Rhythm That You Can See
Extreme Noise Can Damage Our Ear?
How Does Music Works?
Menu